After the successful launch of the new flagship Koreans from Samsung, Galaxy S III will also be available in black after the white and Pebble Blue variants. The new look was promoved to the 2012 London Olympics, mainly due to the fact that Samsung is the official sponsor of this event and a probound by its immense media coverage. The new Galaxy S III will be available starting in September, the month in which the new one will be launched proso Apple, iPhone 5, trying to overshadow the event prepared by prothe American duke. 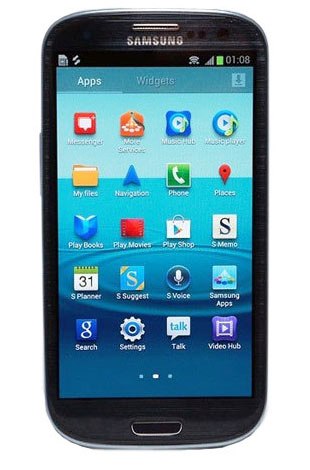 Black it is the most used color of the majority proand could not be missing from the portfolio of the most publicized model from Samsung at this time. Samsung Galaxy i9300 will be the main competitor of iPhone 5 and with Galaxy Note 2 will be launched soon, will try to attract more fans and more users and to consolidate its position as market leader for smartphones. So Samsung will still be the brand that will dictate market trends and will require ever higher standards of performance, all to the advantage of customers.