How 2012 of all new models are equipped with processors smartphones Quad-CoreThose from Apple not as highly anticipated not to equip iPhone 5 with a different processor. Thus it appears that Americans have decided to go with the new iOS 6 processor developed by people from Samsung, a Quad-Core A6 deriving from Exynos 4. It seems to have been chosen a quad-core processor especially because of new trends and especially because of new games and applications demands high resolution and suitable hardware. 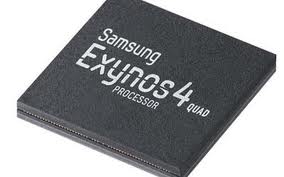 ProExynos shears from Samsung were very well received by famous producers of the moment but considering the famous scandal of patents between Apple si Samsung, iPhoneSite could even be equipped with a processor Dual-Core at higher frequency, A5XWhose unit GPU PowerVR SGX543MP4 superior GPU Mali the Exynos. New model from Apple will be released somewhere in October-November 2012, during which sales volume is higher than in summer, and fax may be no new information about the final configuration.