Google map is currently the largest supplier of maps for many GPS and location applications. The vast options of adding business location, places to visit, landmarks, sights and many more, made from Google Map a Wikipedia of locations.
In recent years, however, Google has given up providing free APIs for a number of web applications and applications. Website developers felt this change best when they were "invited" to pay per view for interactive maps taken on web pages and in applications.
The excessive prices for Google Map APIs have caused application providers to reorient. This is how it is done at the moment, the users of Instagram will use Apple map for locations, instead of Google Map.

Advantages and disadvantages Apple Map in Instagram for iPhone
This change has already surprised millions of users around the world. Apple Map for iOS integrates much better with iOS, offering "dark mode" support. However, Apple Map has a long way to go until Google's locations are indexed. Users will find it harder to find some locations, such as tourist attractions, places, clubs, beaches and many more that Google Map has marked on its maps.
Apple has well-developed maps for the USA, but Instagram is used by millions of users worldwide and from locations Apple Map does not have much information. 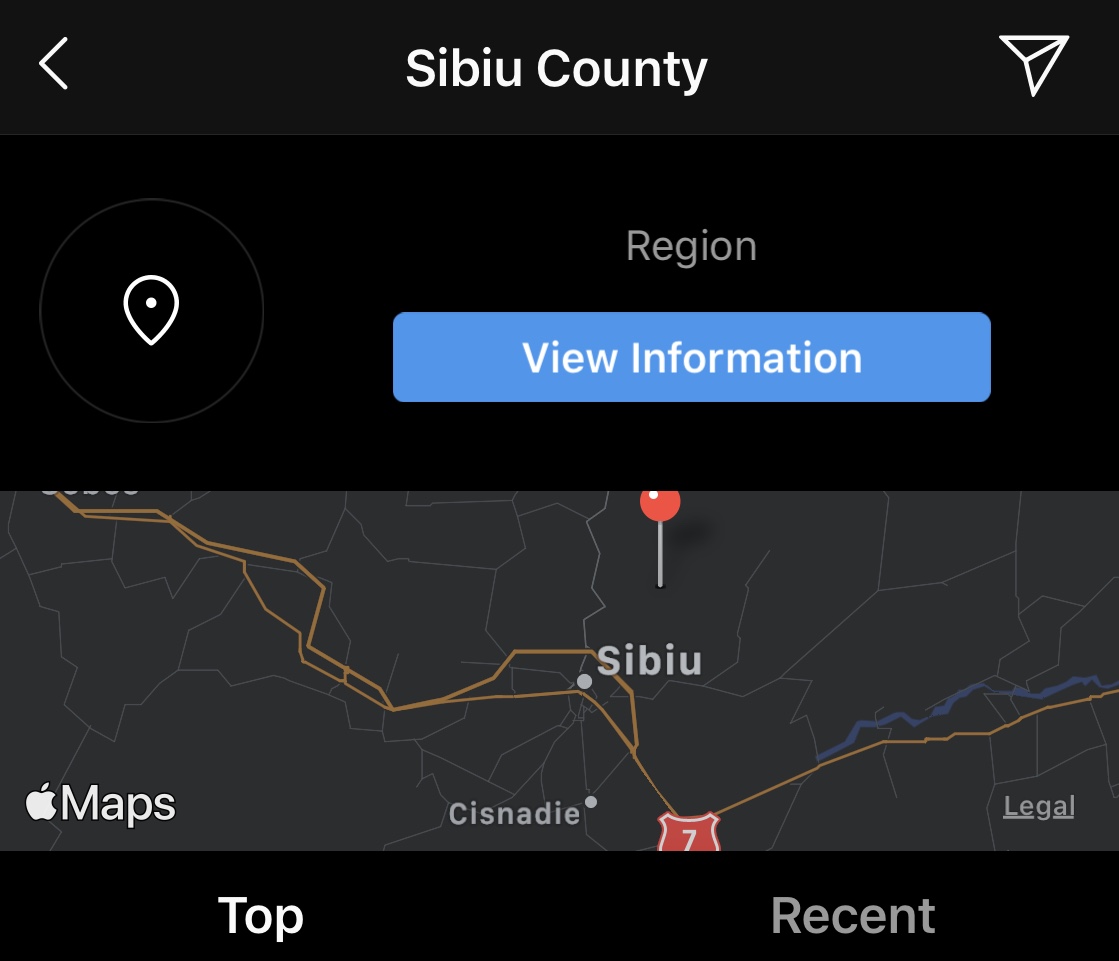 Currently switching from Google Map to Apple Mac was made only for iOS and Instagram users, but it would not be excluded that in the near future the same thing will happen with the Facebook application for iPhone / iPad. At check-in we have to choose a location provided by Apple Map.