Looks like it's time for fans long awaited Galaxy Note, second generation of the now famous tablet-phone hybrid Galaxy Note was launched yesterday at the IFA exhibition in Berlin 2012 hosted in Germany. Gadget is slightly improved in terms of hardware performance, among which the 1,6GHz Quad-Core processor and RAM 2GB to higher and higher performance threshold imposed by Samsung. NOTE 2 new Galaxy will be equipped with a screen 5,5 "HD SuperAMOLED HD resolution 1280 × 720 pixels is protected by Corning Gorilla Glass technology 2. 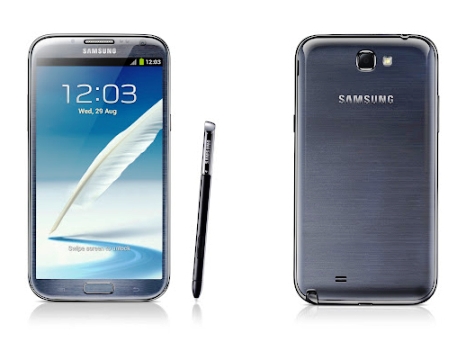 NOTE 2 comes with full suite of connectivity options, which stands out as news dual band wireless standard, LTE transmissions cat3 allowing transfers to 100Mbps download and upload and Bluetooth 50Mbps v4.0. The new version runs N7100 Android v4.1 Jelly Bean and has the option NFC standard. The new model has a higher energy requirement than its predecessor and is equipped with a battery 3100mAh he wants to ensure decent working time, a problem of gadgets lately. New releases at IFA 2012 expect that you will discover in the next posts.