Although the success of the first curved phone brand LG, G FlexWas a fairly modest (though ergonomics it is a lot better than a smartphone normal screen resolutionQuite low compared to the high price of the terminal mattered more users) South Korean company recently announced it will not discouraged by this and by the end of this year, will launch a version upgrade of sub name LG G Flex 2. 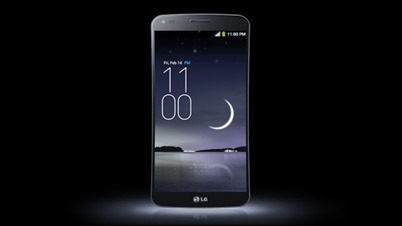 There are no known detailed information about G Flex 2 (A few months ago it was rumored that G Flex 2 will be released in the first quarter of 2015 and it will have a innovative feature unique), But LG said that the smartphone will have a Smaller screen than the first version and resolution this will be Full HD. Given that the curved shape of the first G Flex smartphone was chosen specifically to provide superior ergonomics during use with one hand and reduce variations viewing anglesRemains to be seen whether the company's decision to cut the device's screen will affect whether or not these benefits.

LG not announced an exact date for G Flex launch 2But expects it to become available first in South Korea, for then to reach the markets of other important regions.

Google launched the Android One

October 1, 2014
Back to top button
Close
Close
This site uses local cookies to give you a good online experience and cookies from Google and third partners for traffic and marketing analysis. Find out what cookies are used, what it is used for, and how you can turn it off by following the "Cookies policy" link. OKCookie policy