It seems that 2012 will launch year smartphoneSites with Quad-Core and patterns Android dual SIM smartphone which seems to start becoming versions 2 cards YES successful models. LG does not let it go high or Korean competitor Samsung and launches this month the new Optimus L3 E405. The new E405 is apparently version dual SIM his Optimus L3 E400 launched in January and is equipped with a display 3,2 "but without the now famous technology Corning Gorilla Glass, is assisted by GPU module Adreno 200 can ensure optimal conditions for high-resolution multimedia applications running. 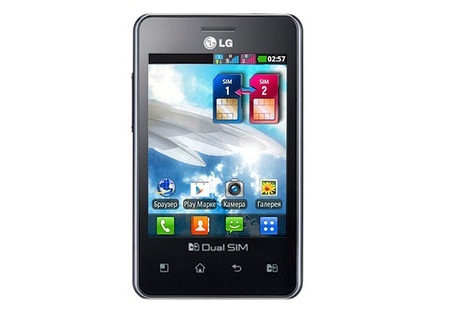 ProCortex-A5 cesor working on common internal memory 800GB 1MHz and allow a decent run Android's V.2.3.6 Gingerbread and applications from Google Play card can be downloaded microSD up to 32GB that can supplement internal memory. One remarkable asset for this gadget is the autonomy where the manufacturer announces a talk time of 10 hours in 3G The new model LG are expected to be well assimilated market where competitors are already famous such as Samsung si Huawei and ensure competition in this market segment

Samsung Galaxy Note could be released 2 29august, at a conference held in the US