LG G6, wanted to be the first flagship of LG on the 2017 year, but due to rivals from Samsung si Huawei who came up with top smartphones, LG G6 suffered dramatic price drops. Or at least we could say that price drop has happened too fast since the release date. Significant decrease in the price of a device with Android is something ordinary.
To get an idea, LG G6 has entered the Romanian market with 3.200 price lei, followed by two months after the release, to be present on less known stores, at prices of 2.200 - 2.300 lei. Currently, on eMAG it is at 2.219 leiand the price is very likely to drop after it actually appears on the market LG G6 Plus, currently available for preorder.

Leaving aside LG V30, we see in LG an attempt to relaunch LG G6 in the variant Plus. If we go with the already famous "Plus" variants iPhone by Apple, we could think it is LG G6 Plus is a device with slightly larger dimensions and many capabilities. We did not think well.

If you are a fan of the LG G6, LG G6 Plus will surely attract you a lot and it might make you buy it.
Making a comparison with Apple, which in "Plus" versions brought bigger size and photo camera improved substring, even dual-camera for iPhone 7 Plus and iPhone 8 Plus models, LG does not happen. LG G6 si LG G6 Plus are identical in weight, size and room. Both models have a screen 5.7 inch QHD + – 1440 x 2880 cu 18:9 ratio. Also the two rooms are identical. 13Mp capable of recording Full HD la 60fps si 4K la 30fps.

The good part is processor upgrade. Compared with the G6 model, the new LG G6 Plus comes with a much more powerful processor. Snapdragon 835 replaced the old one Snapdragon 821, who are sincere to be at release date LG G6 was showing signs of being overtaken.
An important upgrade was made to the available storage space. From 32 GB Internal Rake Memory, LG G6 Plus comes with 128 GB. A huge step that keeps LG in the current trend. both Samsung and also Apple they pushed their devices to 128 - 256 GB internal storage. The storage space can be increased with microSD up to 1TB (recommended maximum space).
Another difference between the two models is at the audio side. On the new model, a port for high-definition headphones has been implemented. Hi-Fi Quad DAC on 32-bits. The B & O Play headphones, which were only available for the American model of G6, are now included for G6 Plus.

RAM and other features have not said anything, because they are identical to G6. 4 GB RAM, enough to support one Android 7.1.

As a user of LG G6, I do not know if the upgrading is worth it, considering that in the immediate after launch, the LG G6 Plus price will be about 130 - 150 Euro higher than the LG G6. However, keep in mind that the price of the latter will fall sharply after the new model will be on the market. In online stores in Europe, LG G6 Plus is expected to be ready for delivery in the first half of October. 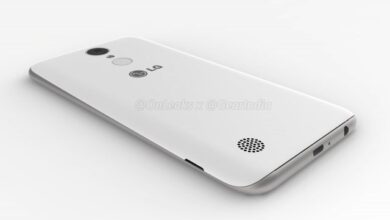