After the success with N7000, Samsung is preparing for a new launch of the 2 generation Galaxy NoteMost likely in August 29 2012 date, thus trying to overshadow the much awaited launch in October iPhone 5. The new Galaxy Note 2 will have a display Super AMOLED capacitive 5.5 ", more generous than its predecessor and almost full HD resolution 1680 × 1050 pixels. Notes 2 will run the new version Android v4.1 Jelly Bean powered by Processor Quad-Core Exynos the 1,4GHz similar to the Galaxy i9300. 8MP room similar to the one on N7000 can shoot Full HD video files 1080p and photos at resolutions up to 3264 2448 × pixels, assisted by the Mali GPU-400MP module. 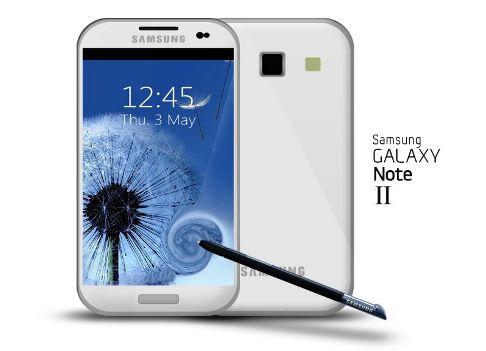 Connectivity package and sensors is complete, not lacking Wi-Fi, hotspotAccelerometer, proximity, Bluetooth v4.0. One of the few differences from the previous model is compatible LTE which allows data transmission up to 50Mbps that was present only on some versions for the Korean market in the case of N7000. We look forward to the new smartphone hybrid that wants to be the flagship of the future of Samsung if no other surprises will appear in this end of year