As speculated, Apple will jump over the already traditional "S" series and went straight to iPhone 8. Taking it from a previous iPhone series to a "S" series, there would have been no panic if iPhone 8 were called iPhone 7S and iPhone 7S Plus, respectively. In order to make a description of the iPhone 8, I do not have to give a "common denominator" to iPhone 7. We would have enough 120 characters to describe.
Most likely, the American company wanted to keep up with Samsung and did not want their flagship to be a smaller number than rivals. It would have been for the first time if the serial number of the flagshipacquis Samsung would have been greater than that of Apple.

We have to deal with the first iPhone supporting wireless charging. Even if it was a lot like iPhone X that would be the first with this capability, both in the launch event and as of the date it will be put on sale, the iPhone 8 is ahead of the iPhone X. Another novelty is the design. Both iPhone 8 and iPhone 8 Plus are defined by elegant glass design. At least the back can be used by ladies and ladies as makeup mirror. This would save a lot of the battery consumed for "selfie" mode while wearing around the eyes and lips. 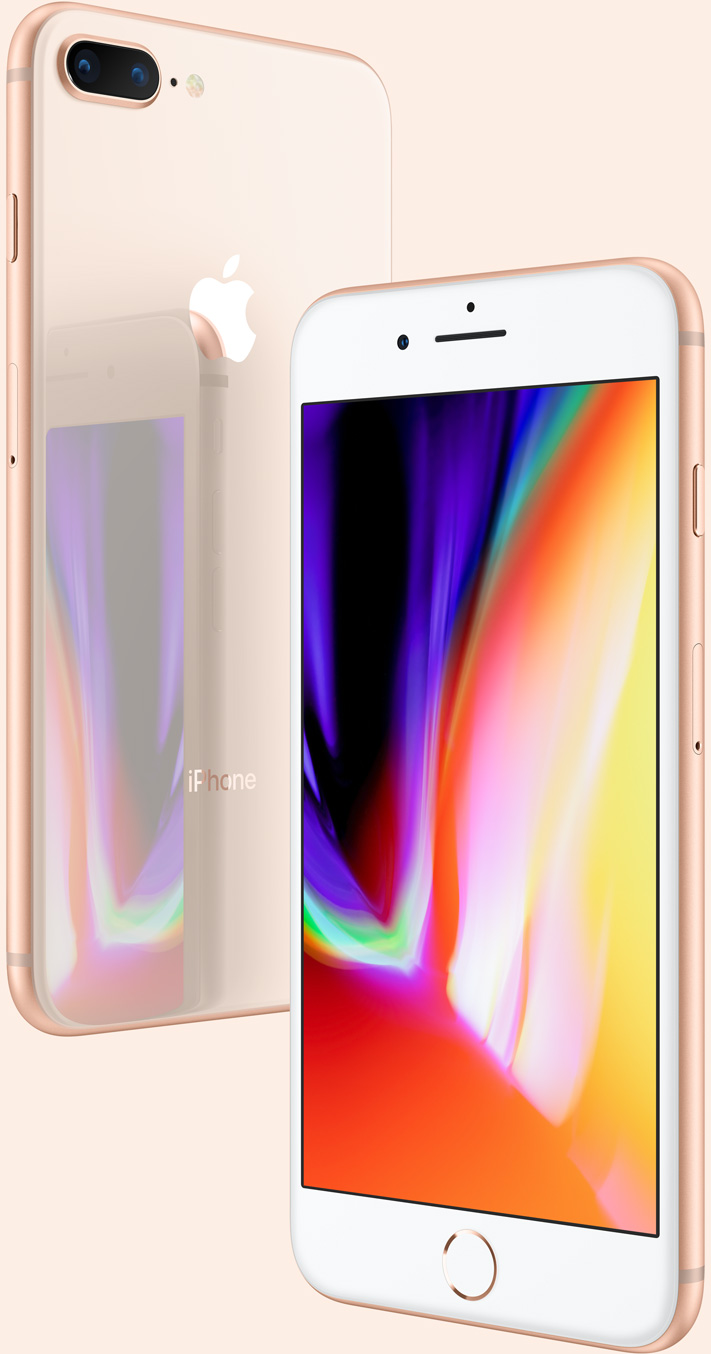 In size and shape, iPhone 8 and iPhone 8 Plus are almost identical to previous models. The difference is made by 1 inch in width, length and thickness. 0 grams weight over iPhone 7.

Display Retina HD with the diagonal of 4.7-inch, respectively 5.5-inch, and as a new feature, we find true Tone for contrast.

Apple introduced on this model the new generation of processors A11 Bionic cu Neural Engine. This is an absolute novelty for Apple. The first six-core processor, the brand Apple, with the nuclei divided as follows: 2 nuclei for performance and 4 nuclei for efficiency. All 6s can work simultaneously if resource consumption requires it.

La camera of the iPhone 8 we also find the "Slow Sync"For Quad-LED True Tone. Otherwise, all 12MP with ƒ / 1.8 for the main room and 7MP with ƒ / 2.2 to the secondary one.
Improvements appear on video recording. Has the capability to record 4K at 60 fps, compared to just 30 fps on iPhone 7.

Available in three color variations (Silver, Gold and Space Gray) with 64 GB and 256 GB storage space, iPhone 8 and iPhone 8 Plus will be officially released on 22 September 2017.