One of the biggest drawbacks when it comes to Cydia and applications installed in this store is the lack of Uninstall button direct their Home Screen, As is the case for installed applications Apple App Store. Well, we have good news for those who are irritated that the few extra steps you need to take in order to remove a Cydia app from 7 iOS device (Such as opening Cydia StoreAnd then wait for it to load and update the resources, identify applications that wish to uninstall and finally delete them), it came in the form tweak's free CyDelete7.

CyDelete7 is a new version of the application CyDeleteWhich has a length of Cydia Store, And allows users to delete / uninstall apps jailbreak directly from the home screen of the device running iOS 7. The application runs silently and is not intrusive (no menu profirst in Settings and do not add new entries Springboard). To use the application (and see its functionality), just long press on any application icon on home screen to activate the jiggle, And you will notice that even Cydia installed applications will be x site removal in the upper left corner of the application (it will still be missing only system applications preinstalled). 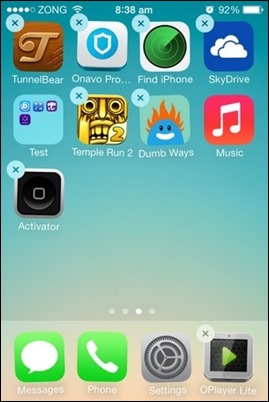 CyDelete7 not only delete Cydia icon on home screen applications, but they uninstall the jailbreak and the store. For this reason, the application displays every uninstall a confirmation message, to avoid Uninstall accidental. 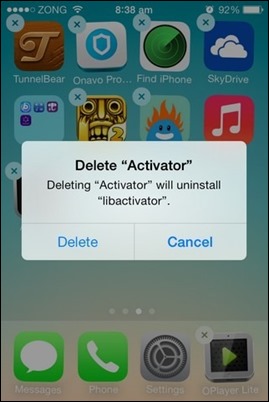 CyDelete7 is available in repositorul default BigBoss in Cydia and is only compatible with devices running iOS 7 (for earlier versions of iOS try the older version's tweak, CyDelete).

Samsung Galaxy S5 will be released in March in two versions: one with metal housing and another with the usual plastic casing