Behold Samsung 2012 ended the year with a new model series GalaxyA smartphone Android with 5 ”screen with average performance and an affordable price, to be launched within 2013 CES in Las Vegas, USA. The new Samsung Galaxy Grand i9082 implementing new technologies in the field such as Direct Call which allows calling the contact selected by simply aproear loss, Smart Alarm function that warns the user of missed calls and unread text messages, Video PopUp which allows you to view a video file in PIP (in a separate window) while accessing other features of the device, S-Voice voice control function present on previous models but has been improved and AllShare allows sharing files on compatible Samsung devices. 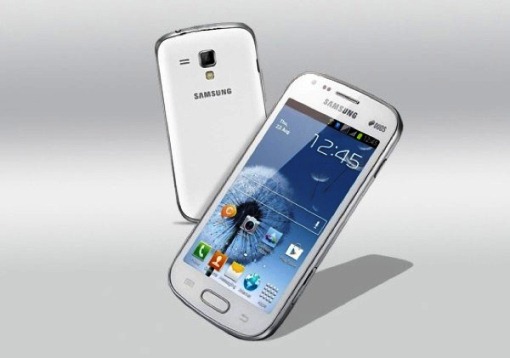 Samsung has followed the trend of new models launched by most proand launched two single SIM versions GT-i9080 and the version with two SIMs GT-i9082. The hardware platform on which a Android 4.1.2 Jelly Bean is based on a pro1,2GHz Dual Core cesor similar to the i9100, which aided by a 1GB RAM ensures decent conditions for running your favorite games. The 5 capac capacitive display that develops a resolution of 480 × 800 pixels and can meet multimedia needs at an average level of performance. The new Samsung Galaxy Grand i9080 and i9082 will be launched the most prochat at CES 2013 (Consumer Electronics Show) which will take place in Las Vegas from January 8 to 11, 2013 and will be one of the main attractions in the Samsung stand.

Happy New Year for all readers