About LG G3 appeared very much leak sites online lately, including both photos published by reliable sources (as claimed online publications who have posted these pictures) and rumors about specifications this mobile. 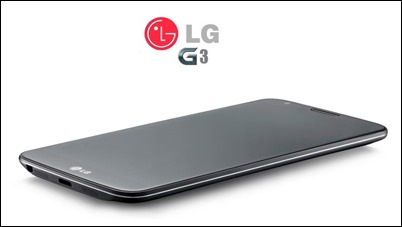 So far not confirmed than that LG G3 will have a new type of screenMuch more performant than those used previously launched devices (screen, the 5.5 inchesWill take Quad HD display curezolutie of 2560 x 1440 and a pixel density of 534), The rest is just speculation (some rumors claim that procesorul will be a octa-coreWhat to call Odin and will be composed of 4 core Cortex-A15 de 2.2 GHz si 4 core Cortex-A7 de 1.7 GHzWhile others suggest a proQualcom Snapdragon 801with Adreno GPU 330. Also, some statements say LG G3 will have to turn as iPhone 5S si Galaxy S5, A fingerprint scanner, A 16 megapixel camera and 3GB of RAM).

Today it appears that they were made public (However mistakenly) prices the device will be sold in Finland, two of retailers in that country showing prices for both model 16GB, As for the su 32GB:

Obviously, the prices displayed by the two Finnish retailers are not necessarily the prices at which the respective models will be available in other countries (pronot even in Finland, the prices also depending on the taxes applied in those countries).

But all these rumors will be confirmedmate or infirmate by LG pe May 27When will this LG device G3 public (even specifications thereof).

WhatsApp application has been deleted from Windows Phone Store

Appeared the first evidence that jailbreak for iOS 7.1 / 7.1.1 possible iOS