With the advent of the Gear S2, To which Samsung worked quite a long time, the company managed to attract a lot of positive feedback, both from specialists and consumers. And here the South Korean giant does not stop here and develop a new model SmartWatch, which has a code name "Solis”And runs the operating system Tizen. 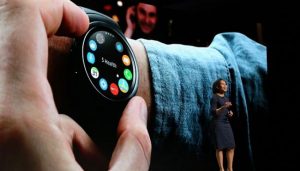 The future model will have all the round design, because it looks like the ones from Samsung They were not willing to release anytime soon watch models rectangular, who never enjoyed much popularity. According to speculations appeared, model numbers for Solis will be: SM-R760, SM-R765, R770 MS-MS-MS-R765V and R765S. Operating System Tizen it will be accessorized with a redesigned interface, but other technical details are not known at the moment.

Global market smart watches will grow faster in the next two years, the m? extent that companies launch models increasingly more attractive. Market research firm Gartner estimates that next year will be delivered 66,7 million SmartWatchcompared to 2015 when 33,3 million devices were delivered.