Samsung detached leads ranking of the best displays for smartphones. Galaxy S6, Note 5 and S7 were successful at launch, but none of them represented such a big step forward as the new Note7. At least that's what Display supportsMate, an organization specialized in display testing, which states that the new Super AMOLED panel on the recently announced Notes is, at the moment, the best. 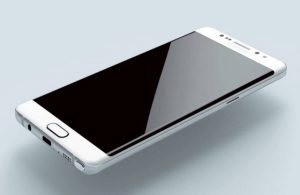 Galaxy Note7 is equipped with a 5,7 QHD display "based on Super AMOLED technology, something we've seen on last year's Note 5, but the panel itself is far more powerful. At maximum brightness, it exceeds 1.000 by the nits, being the brightest screen on a smartphone so far, and can be used smoothly in any situation, including in the very strong sun.

The display is also helped by the amount of 4,6% of the reflected light, the smallest value recorded by the DisplayMate until the present. Of course, all these hardware advantages are coupled with a very well made software, with a default color profile that offers natural images as well as sensors for ambient light on both sides of the mobile phone. Samsung.

Disappointment for the fans Apple! IPhone will no longer be launched Pro