After kicking off with the launch of the Ascend D Quad XL range, the Chinese from Huawei they also launched more earthy models like Ascend G300 what is meant to be an average gadget but equipped with almost all the functions in vogue at this time. Its 4 capacitive screen "ensures good visibility and the resolution of 480 × 800 pixels ensures a decent quality of images and video files played. Although it comes packed with Android OS Gingerbread an update to the ICS is expected by summer. In terms of connectivity, the model does not stand out with anything special, it allows transmissions HSDPA up to 7,2Mbps, Bluetooth, Wi-Fi hotspot, Wi-Fi Direct and micro USB port. 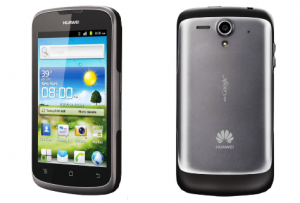 5MP room but ensure acceptable quality photos taken from video seized model can not handle large claims. Ascend G300 can also boast with an SNS package for social networking, Geo-tagging, accelerometer, and the proximity sensor hopes to attract new customers on this segment but can not stand up to the performance of his older brothers Ascend series.