Those from Samsung Barcelona did not come empty handed. After they announced that the highly anticipated Samsung Galaxy S III will not be released at this event, prothe Korean duke amazed us again with a spectacular appearance that was very successful. Samsung Galaxy Beam is a smartphone middle class that captures through video probuilt-in ejector that allows proclear and bright video projections of 15 lumens, on a screen ofproapproximately 1,2 m and at a distance of 2 meters even on sunny days. As a phone Galaxy Beam not surprising really, as it is equipped with all the features present in the new generation of smart phones. Screen WVGA TFT 4inch provides a resolution of 480 × 800 pixels, includes multitouch technology, TouchWiz UI v4.0 and in terms of its casing it resembles other Galaxy models but is more robust and better tied. 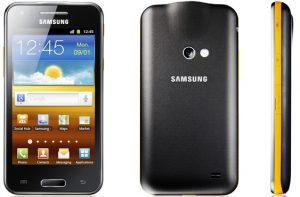 The device comes equipped with a procesor Dual-Core 1GHz Cortex A9 series and provides sufficient power proCaesar Androidacquis Gingerbread (they could try Ice Cream Sandwich, maybe a future update) and in terms of data the new Galaxy Beam comes with a complete package from bluetooth v3.0, HSDPA 14,4Mbps, Wi-Fi Hotspot and DLNA. The 5MP camera with autofocus ensures the taking of quality photos but also 720p HD video, which can be stored on the internal memory of 8GB or if necessary on a microSDHC card up to 32GB that can be attached. The 2000mAh battery can ensure 20min autonomy in use proand reasonable talk and standby times. Although it seems slightly outdated, it is desired that this model be well received by the market after having previously tried such an experiment.

Ascend G300 from the Huawei, a new middle-class Android Smartphone