As we had used with previous models Samsung preparing to launch a mini version's flagship Galaxy S IV. The new Samsung i9190 is intended to complement the collection Galaxy with a new affordable model but that can meet the demands of the segment middle which is targeted for this model. S4 Galaxy mini is a Android smartphone designed on the principle of Galaxy mini S3 which followed the same pattern of shapes that inspired but at a smaller scale and with a more modest configuration, specially designed for those who wanted the star model but dimensions for financial reasons or because they have not purchased. The new Samsung Galaxy S9190 mini i4 is built on a platform consisting of a chipset Qualcomm MSM8930 Snapdragon 400, A processor Dual Core Krait clocked at a frequency of 1,7GHz and graphics unit Adreno 305 can provide excellent performance for the most demanding users. Display Super AMOLED The 4,3 "can satisfy the preferences of fans thanks to 256ppi multimedia available mainly because of ergonomics and ensuring the possibility to be used easily with one hand. 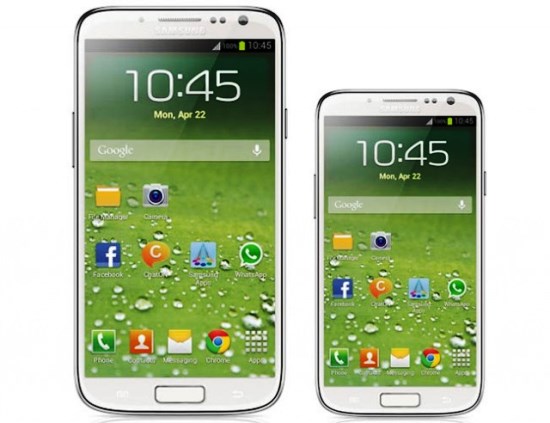 8GB internal memory which can be expanded to up to 64Gb and memory RAM The 1,5 or 2GB (for LTE version) gives a lot of processing power gadgets and become one of the best models of middle segment. New mini from Samsung will be available in several versions Single SIM i9190, Dual SIM i9192 (As most new models from Samsung that by doing so increasingly aggressive biting potential competitors and strengthens its leadership position in the telecom market) and i9195 with LTE and NFC support. Connectivity is complete and vary depending on model but missing HSDPA, Wi-Fi, Bluetooth on any model. 8MP camera can shoot HD and the secondary is ideal for 1,9MP Call or video chat. Autonomy is ensured by an energy storage unit 1900mAh trying to provide stand-by periods and talk closer to user requirements. S4 new mini series models will be available starting July and summer will definitely be the stars below, confirming again Samsung in authoritarian leadership and undeniable furniture market.