Although so far Samsung kept us in suspense regarding the update la Android KitKat 4.4 for two of the most Popular mobile devices of 2013 Company, Galaxy S4 si Galaxy Note 3, French mobile operator SFR announced that the update will be available starting January 2014 (Or in the worst case, early February). 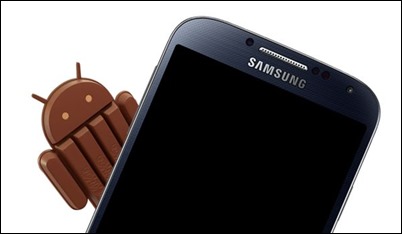 Even though the date has not been officially confirmed since SamsungIs not the first time SFR make announcements of this kind before the Korean company who (accidentally or not) so far proved accurate. Also, a document online in the month of November dropped by Samsung India specify the same period for launch the update Android KitKat for Samsung Galaxy S4 si Samsung Galaxy Note 3.

But considering proextensive testing failure at which software updates are usually subjected to mobile operators before they are rolled, the most probabil and this update will be made available gradually depending on the regions. However, considering how long it took until Samsung upgraded its devices to Android 4.3, We can consider this news as some pretty good.