Here are two of the tablets that you should not get overlooked and then you have to look in the coming weeks or months to come. None of this is available to be bought for now, but will give you an idea of ​​what you can expect, and maybe you will decide more easily before coming to the market. 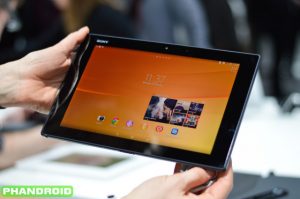 It is one of the first tablets from Sony that we can say we are excited about. As the name suggests, the Xperia Z2 Tablet is the version of the Z2 smartphone. Both devices share most of the features, such as Triluminos full HD displays, 3GB of RAM and a procesor Snapdragon 801. Both also follow the design of the Sony brand. It has an 8.1MP main camera and a 2.2MP front camera with a 4G LTE connection and it runs Android 4.4 KitKat.

Believe it or not, Z2 tablet is thinner than Z2 smartphone while measuring 6.4mm smartphone has 8.2mm.

Huawei MediaPad was one of the first devices that the company built during the transition on the big market. Also worth mentioning is the first tablet that was announced to be running Android 3.2.
He has a pro1.2GHz dual-core processor, a 7inch display, 1GB of RAM and has been updated to Android 4.0. In the US, MediaPad is known as the T-mobile SpringBoard, which is the Magenta version of this tablet.

It is expected to be launched in early 2014,