Due to the fact that the details about the future top of the range X were quite fragile until now, it was quite clear that it will not be ready for a launch in the MWC 2015and prothe shower Sony was indeed the most famous absent. Latest images it shows us yet about what we should expect surprises in summer. 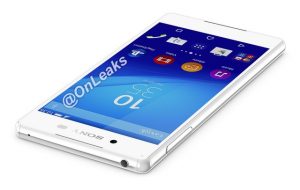 Although company representatives have denied that they will launch a single flagship model a year, the model's delay X makes us believe that prothe gram with two major releases per year is no longer really sustainable for Sony. Until the launch of the summer, OnLeaks gave us a series of images with three-dimensional graphical models which are generally used for press photos, and they help us get an idea about the updates that will bring this terminal.

Broadly speaking, X maintain design OmniBalance with rounded edges that I noticed the current generation XBut will take less hidden speakers next frame, which we saw in X. At a closer look, there is also some interesting new details.

So connector micro USB it has been moved to the bottom of the case and is no longer there proroofed with a lid, X either to lose protection to water, which is a bit hard to believe, or use the same way prosection previously used for the 3,5 mm audio connector. 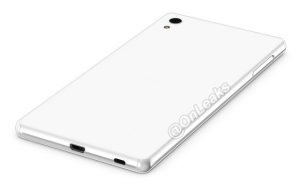 Next to this connector appears another loca that has the ovoid shape of a USB Type-CBut its dimensions are too small. As old Pogo magnetic connector disappeared, proprobably we are dealing only with a replacement for it. Another aspect that stands out is the rather small size of the only lid proremaining tector, it seems a bit small to accommodate the slots MicroSD si nano SIM. It remains to be seen whether designers Sony and they will abandon MicroSD or if 3D model is still unfinished.

According to rumors so far Sony Xperia Z4 will be released later this summer and will provide a procesor Snapdragon 810A display with a diagonal of 5,2 inch Quad HD resolution and a camera sensor 20,7 MP.

Allview P6 Energy, a smartphone with a 5000 mAh battery