After last month launched smartphoneCPC Xperia Z, Japan's Sony preparing a tablet from the same series. New Sony Xperia Tablet Z has a 10,1 "scratch-resistant multitouch display (made of a very hard mineral glass) with a resolution of 1200x1920pixels, and uses a platform controlled by a chipset Qualcomm Snapdragon S4 Pro and a proQuad Core Krait clocked at 1.5GHz, a 2GB RAM that can withstand the conditions of prohis cesarean section Android v4.2.1 Jelly Bean (With an important update to version 4.2.2 somewhere). 16GB internal memory which can be supplemented with another card 64GB by  provide enough storage space for applications, photos and movies. 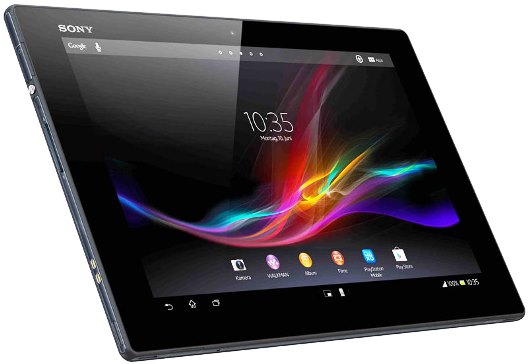 The new tablet from Sony, As well as smartphoneXperia Z are procoated according to the IP57 standard against water and dust, thus being the most resistant tablet made by prothe Japanese duke. 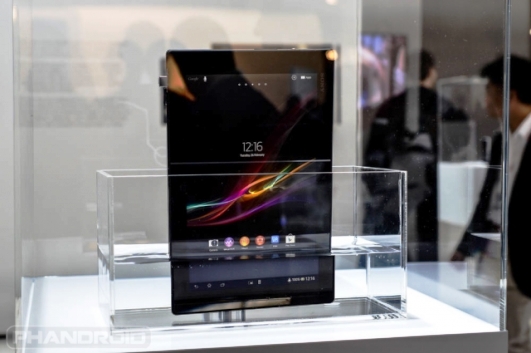 The excellent image is due to the technology Mobile Bravia Engine 2 and allows high quality special feeling to watch a good film and because the module Adreno GPU 320. Main camera can shoot Full HD 8MP 1080p, has HDR function, and the front of 2,2MP is ideal for video calls or Skype LTE. Connectivity is complete, support LTE, Wi-Fi, Bluetooth and NFC support all versions of data transmission. New tablet Sony Xperia Tablet Z  will definitely be a tough opponent for Samsung Galaxy Tab and the performance specifications arising from higher and higher quality standards of tablets and continue ascent to the top of the device's popular in this segment. The new tablet was shown at MWC in Barcelona 2013 will be available starting in April on the market