And when I thought Sony quit all other series smartphones Xperia to make room for new models "X", here comes the announcement of launching a new low to mid-range phone. The device is named Xperia E5 and subtle details about him surfaced last week. Yet, this terminal is real, the company now offers all the information officially.

It seems that Xperia E5 is a budget phone for those who do not have very high claims from an operating system smartphone Android. It comes with an 5 "display with HD resolution (1280 x 720 pixels), chipset MediaTek MTK6735 at GHz 1,3, 1,5 16 GB GB RAM and internal storage space.

The mobile phone is equipped with a microSD card module of maximum 200 GB, the camera comes with 13 megapixel sensor with HDR and LED flash, the front camera takes pictures at the 5 megapixel resolution, and the 2.700 mAh battery should offer two days of autonomy. Considering the included hardware and that Sony focuses on the duration of use at a single charge, it is quite possible Sony Xperia E5 to conform to the technical specifications.

The price of the smartphone is quite low. Given that it is a smartphone SonyWhich generally offer superior construction quality compared to other companies in the telecommunications market, 200 euros without contract is not an exaggerated cost. The phone will launch in Europe in June and will be available in the colors black and white. 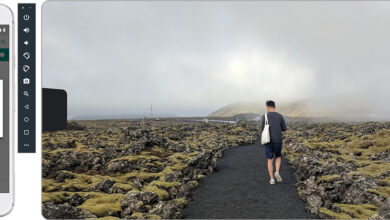 March 8th 2018
Back to top button
Close
Close
This site uses local cookies to give you a good online experience and cookies from Google and third partners for traffic and marketing analysis. Find out what cookies are used, what it is used for, and how you can turn it off by following the "Cookies policy" link. OKCookie policy