Americans from Microsoft changed the foundation platform structure future Windows Phone 8 known as code Apollo after the previous version was based exclusively on Windows CE history. This new occurrence tries to become more popular as people were able to Google cu Android and will be provided with support for proscissors with several cores and high frequencies, will be able to support resolutions that in previous years we could only dream of on the desktop and increasing access speeds for an easier and more intuitive use. 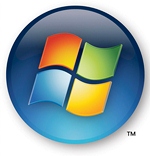 Security in the new chapter Windows Phone 8 will enter a new era that will allow habitual use various banking lately, will support safe and easy interconnection with other popular electronic devices: notebooks, tablets, TV. The new Windows Phone 8 will be able to connect very easily with the desktop version Windows 8  because the phone variant uses some of the larger brother's source code for the desktop and removed from the naphthalene ActiveSync in a much inbunatatiti and accessible. The new operating system will interact easily with applications XBox, SkyDrive si Skype and can be accessorised with thousands of aplcatii to be available in MarketPlace the model Android si iOS.

We hope that those in Microsoft to make a proquality shower to recover as quickly as possible the fall of the last year and together with Nokia to help coldproc for a spectacular comeback.