WhatsApp Messenger has recently received an important update for iPhone users who are familiar with Siri's voice commands. Especially for iPhone owners in countries whose languages ​​are known to Siri. 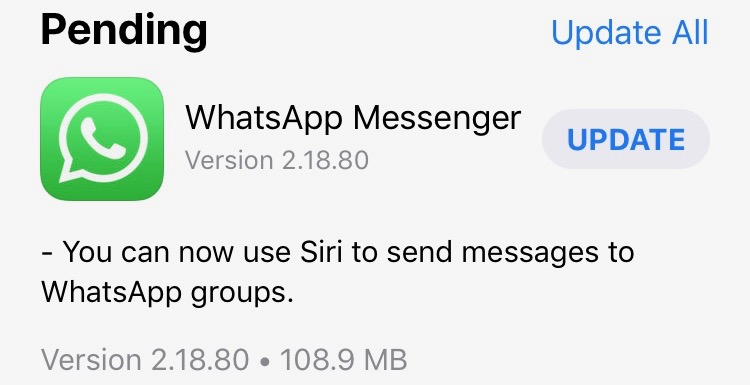 Cu WhatsApp Messenger version 2.18.80, iPhone owners can use Siri intelligence to send text messages to groups on the WhatsApp application. A very useful feature for those who frequently use Siri and do not proproblems in being understood by the assistant Apple.

All you need to do to benefit from the new feature of WhatsApp Messenger is to update WhatsApp to the latest version. Can you do this from the App Store? Updates.