After last year Apple changed almost completely interface design Operating System iOSThis year was the launch of change two iPhone models the generation of 6 instead of one, both larger than previous models, namely 4.7 inches for iPhone 6 si 5.5 inches for 6 iPhone Plus to those 4-inches iPhone 5S si 5C.

But newly emerging rumors say Apple could return to 4 inch size for next iPhone modelWhich will be launched in 2015It is considered by the Company as optimal size for controlling the device with one hand, Something that many iOS users take into account. 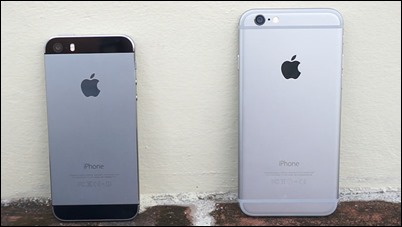 If these rumors are confirmed or not remains to be seen is currently not knowing any details about design and even if the next iPhone model will be completely redesigned or will be developed based on previous models. In any case, even if the rumors are true Apple intends (for now, at least) to return to the size of 4 inches, Since we have to wait almost a year until the next release of a iPhonePlan could be to materialize, and Apple to release three versions of iPhone next yearWith only one difference between them - namely their size, or to be abandoned, as has happened many times until now, the American company is famous for testing a fairly large number of Product subsequently were not released.