President Nikon Makoto Kimura shared his thoughts in a recent interview with BloombergSuggesting that the smartphone market is growing interest of Japanese society.

So what direction might lead Nikon? Well, as the smartphone market is already one of the largest and that of compact cameras is declining, it's not too hard to guess.

"The number of people taking pictures instantly exploded by using smartphones sold 750 million or so last year"Said Kimura's. "We have centralized our ideas around the room, but we can change our approach to provide products to a larger market. "

Indeed Kimura's said that in April and May of this year, sales of compact cameras fell by about 25% in the same period 12 months ago, while the smartphone market jumped about 46% last year, according to company Research IDC.

While the company still works well with its rooms DSLR high-end, such as D4 si D800, Though enormous progress in technology cameras on smartphones in recent years, means entering into competition with the compact camera market.

Kimura's said, "We want to create a product that will change the concept of the room. This may be a the non-consumer product camera. "When asked to Bloomberg if Nikon is developing a smartphone, the president refused to answer. 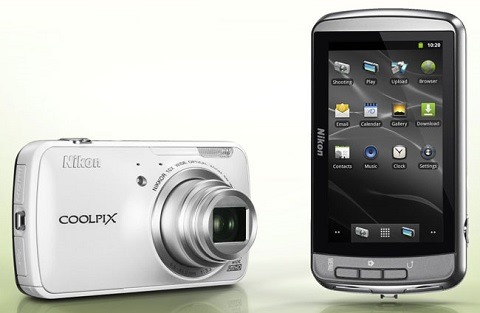 Given 84% of its operating revenue last year came from the imaging division, and Nikon is aware of the disintegration point-and-shoot market, more serious than ever and is interested in diversifying revenue stream. Besides "the non-consumer product camera" Kimura's said the company consider also expanding into the production of medical devices, an area where rival cameras Olympus enjoyed significant success.