A crowdfunding campaign was launched on Indiegogo for smartphone Ubuntu which exceeded all records for fastest project has reached a target of 2 million dollars for financing.

Prothe jet has tightened 2 million dollars a total of $ 32 million (£ 20,8m) in seven hours, minutes and 59 58 seconds - faster than the amount reaching other campaigns with big names such as Pebble Smartwatch or film Veronica Mars.

London-based developer Canonical It is behind the project, hoping to produce Ubuntu EdgeA smartphone that runs on Linux based operating system Ubuntu, With its ability to run desktop PC applications. 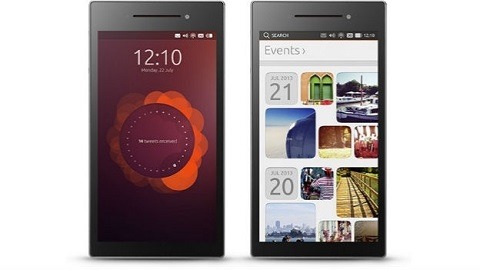 So, while applications will have a mobile UI Friendly, when used on the handset itself, Edge It can be connected to a monitor for PC-like experience complete. "We are fascinated by computer convergence, the idea that smartphone in your pocket can also be brain PC on the desk. We modeled Ubuntu so you can make the transition smoothly between the two environments. Now all you need is a phone that is designed from the ground up to be a PC also, "the company said on the campaign.

Specifications are interesting, Edge Needing 4GB RAM and a massive hard drive 128GB for storage. The company says it will use the technology for silicon anode battery on Li and a display sapphire crystal of 4,5-inchAt a resolution of 1280 x 720.

Dual-LTE, Wi-Fi 802.11n, Bluetooth 4 si NFC are included when it comes to connectivity, although, naturally, "specifications are subject to change".

It remains to see how this new project will develop a concept smartphone.