ASUS tablets range Transformer Windows They reached the any third generation, and the company took in the Taiwanese market viewfinder high-end ultraportable computers. new models Transformer 3, Transformer 3 Pro si Transformer Mini 3 They are designed specifically to compete with the range Surface de Microsoft. Of course, as expected, ASUS wins the price battle, while offering at least as powerful hardware.

The top of the range is the model Transformer 3 Pro, a 12,6 ″ tablet with a resolution of 2880 x 1920 pixels. It comes equipped with proi5 and i7 scissors of the generation Skylake, 16 GB RAM, SSDs up to 1 TB and comes with a comfortable keyboard with a stroke of 1,4 mm, similar to that of ordinary laptops, which comes even with LED backlight. The case is made of metal, and on the back is attached a metal support, which can be placed in any position desired by the user. 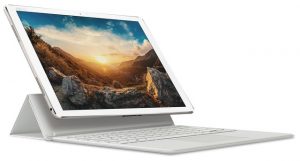 In terms of connectivity, Transformer 3 tablet Pro It is equipped with USB Type-C ports, Thunderbolt 3, USB 3.0, HDMI jack and is compatible with a wide range of accessories. ASUS Besides launching Transformer 3 Pro Pen and accessories, universal Dock si AudioPod, as well as ROG XG Station 2. The latter can host a dedicated video card, giving the tablet compatibility with high-end VR headsets such as Oculus Rift and HTC Vive. The base model comes with a $ 999 entry price.

Transformer 3 is similar in terms of design, being also made with a display ofproximativ 12,6 ″. Although ASUS states that it will integrate everything proSkylake scissors, it is possible that it is only about Core i3 and i5 models. This ensures a proslim wire and can be configured with SSD up to 512 GB and up to 8 GB RAM. The metal support on the back has been removed in favor keyboard Sleeve KeyboardWhich offers the same race 1,4 mm and two support positions for the tablet. The price for Transformer is 3 799 dollars for the basic version.

Transformer Mini 3 is the budget solution for Windows tablets 10 by ASUS. It comes with a 10 display display and is equipped with a support that can be placed in any position, has a fingerprint sensor and measures 8,2 mm thick. The pattern Transformer Mini 3 is equipped with proIntel Atom scissors on architecture Kabby Lake. This version has not received a starting price. 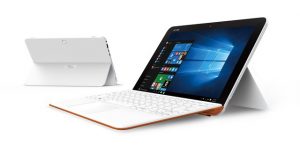 none of ASUS Transformer tablets 3 has not confirmed a release date, but ASUS usually brings such technology to market protaken shortly after the disclosure.

Mophie Force Charge, the new enclosures with battery for iPhone 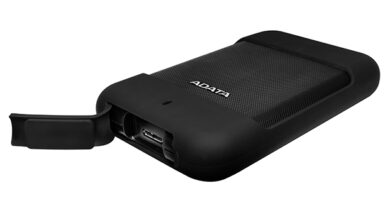