Looks like the end of the year brings a pleasant surprise for owners of terminals Sony Xperia 2012 launched so T Xperia, Xperia S, Xperia Acro S, Xperia Go Xperia J, TX Xperia, Xperia Ion, Xperia P si Xperia VTXWill receive a major update and will enjoy performances latest version of the popular operating system for mobile devices developed by Google, Android 4.1.1. Jelly Bean. Switching to the new version Android it will be done in stages for each model and on certain geographical areas where the highest densities of terminals sold were registered. 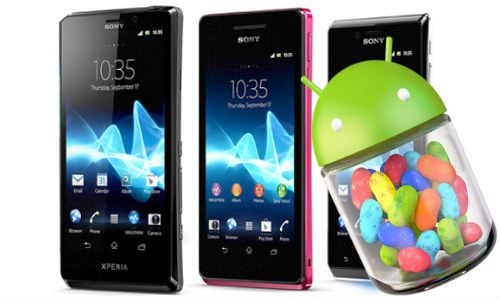 The announcement was made this week on Twitter and precedes information that I posted previously and that you can recite here which contains a short list that has now been completed with a few more models. Models prior to 2012 are not included in this wave of updates but depending on hardware performance they will receive updates to v4.0 Ice Cream Sandwich and v4.1 Jelly Bean in a future period, probabil next summer. The role of these updates is to correct some errors in processation of prorejection of different models and the improvement of their performances, but also the possibility for users to access new applications that appeared after the launch of the model.

June 1, 2012
Back to top button
Close
Close
This site uses local cookies to give you a good online experience and cookies from Google and third partners for traffic and marketing analysis. Find out what cookies are used, what it is used for, and how you can turn it off by following the "Cookies policy" link. OKCookie policy