'' 7 tablets are increasingly sought after by users not only because of attractive price close to that of a mid-range phone, but due to size and easy maneuverability. Chinese from Huawei trying to take advantage and this niche and launch tablet Huawei MediaPad 7 VogueA gadget Android IPS capacitive display with resolution LCDcu 1024 600 × pixels, which can be used as a phone if needed, but is slightly exaggerated because of the size, the problem can be solved with a helmet that allows masking huge Bleutooth gadget into a pocket or purse. The hardware platform consists of a chipset Huawei K3V2 with a 1.2 GHz Quad-core processor 1GB a RAM, a module Vivante GPU GC4000 and 8GB storage space can be increased to up to 32GB through microSD card slot. To get an attractive price comparable to huge demand in this segment, the Chinese tablet equipped with cameras more modest: the front of the main 0,3MP 3,15MP and to be able to capture special moments in summer vacations. 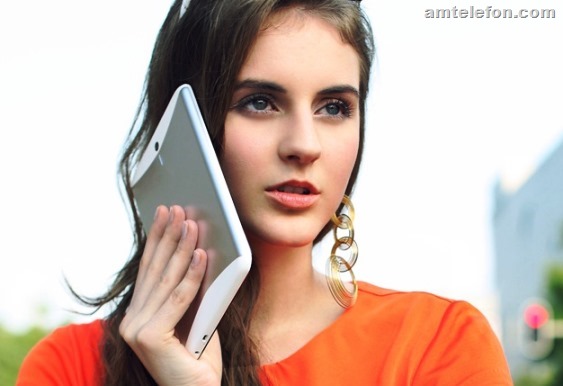 Made of aluminum, the dorsal case is easy with the familiar iPad and hide under it 4100mAh a battery that can provide power for about 20 hours of use. The new model will be available first in China starting this month following the fall as the model is currently on the world market. The model will be available in two colors: white or black but in the version without 3G slightly cheaper than standard.