Sony can boast this year with a return among the most popular brands, after splitting Ericsson January 2011. Xperia series taken from the Sony Ericsson became aprobrand waters alongside SonyAnd the wide range of models covering all customer segments and make a serious competitor to giants Sony from top: Samsung, Apple, Nokia. The new Sony Xperia E It is the latest range Xperia and will be the model that will open the year 2013, following the trend imposed by others proleads and launches in parallel single and Dual SIM versions. 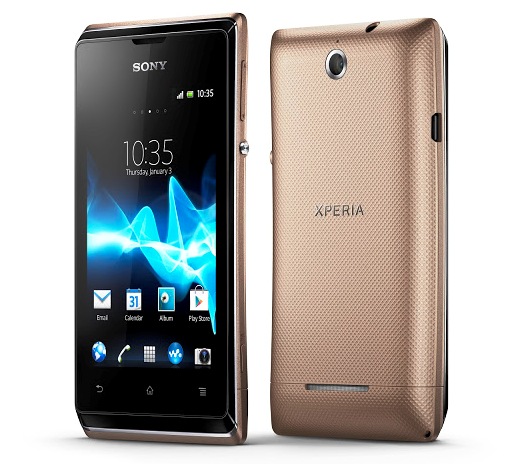 The new Xperia E has a 3,5 ”capacitive TFT display with resolutions of 320 × 480 pixels and a concentration of 165 pixels arranged on a 1 inch square. Xperia E runs versions of Android (v4.1 Jelly Bean single SIM variant and v4.0.4. Ice Cream Sandwich version dual SIM) on a Qualcomm MSM7227A Snapdragon platform with a pro5GHz Cortex A1 cesor and a Adreno GPU 200 which can run your favorite multimedia applications helped by a 512MB RAM. The 4GB internal storage capacity (2GB available for applications) can be expanded via the microSD card slot up to 32GB and can store all your favorite photos, music and movies. The 3,15MP camera is modest and allows you to take photos with your loved ones at resolutions up to 2048 × 1536 pixels and video captures of maximum VGA quality (800 × 600). The new Sony Xperia E 3 will be available in colors: black, pink and white, to meet the tastes of as many users. 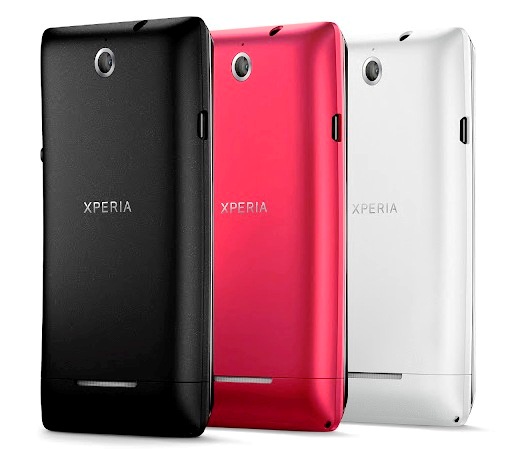 Although a middle class model, new Xperia E It stands out with several features such as: HD Voice which attenuates the ambient noise by providing the interlocutor with a quality sound during the calls, Sleep mode which ensures a minimal consumption during standby and thus significantly higher autonomy and not least WALKMAN (Taken from the W series Sony Ericsson) which through audio technology xLOUDsound Surround 3D and equalizer included, ensure quality when you are listening to your favorite songs

Happy New Year for all readers