This is one of the weirdest rumors about cameras I've heard lately. According to some "top" sources from Sony Alpha Rumors, Sony has a proiect in development with a unique set of lenses that actually contain, prosensors and batteries. 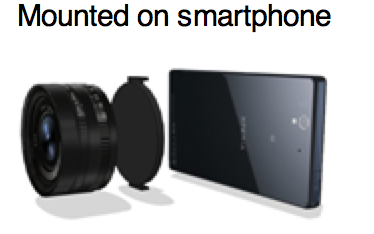 The lenses are designed to be attached to a smartphone or tablet with only Wi-Fi interface or NFC, which images will be transferred instantly and live-view that will be provided via the phone screen. Sony Alpha Rumors said lens and sensors are the same as those in RX100 II, this means a very good quality. Prothe blemishes that come to mind immediately, would be the speed of connection / transfer between the phone and the lenses, the battery life, not to mention ergonomics.

It's hard to know how serious this is a rumor that when the concept is so new, but SAR has a decent track record, which means they have more reliable sources telling us this., but until then we'll see!

Second case of electrocution with iPhone