An update firmware for Xperia X10 which in addition to enhancing performance and design aids in the graphical interface, also brings back an older Sony-Ericsson Xperia X10 bug. Prothe curse of signal loss and disconnection sudden wirelessSite. After reaching 0 mobile signal, it automatically disables the WiFi.

How your problem was not enough, the new update firmware has a bug in setting the volume during a call. If you receive a call and change the volume at the end it will automatically call 50%. 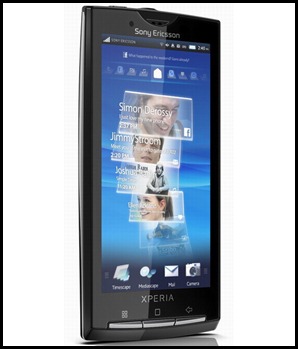 Users who are bothered by these two bugs of R2BA026Have two options. Wait until Sony Ericsson will launch a new firmware update to solve these two problems, or return to an older firmware, where the WI-FI bug has been resolved.

June 15, 2010
Back to top button
Close
Close
This site uses local cookies to give you a good online experience and cookies from Google and third partners for traffic and marketing analysis. Find out what cookies are used, what it is used for, and how you can turn it off by following the "Cookies policy" link. OKCookie policy