The latest change came after a few days when users tried to accesaze Nokia official sites (Depending on region) began to be redirected by a Microsoft official Mobile (nokia.ro still displays information about devices and services offered by the Company, including low-cost handsets and terminals Asha series). 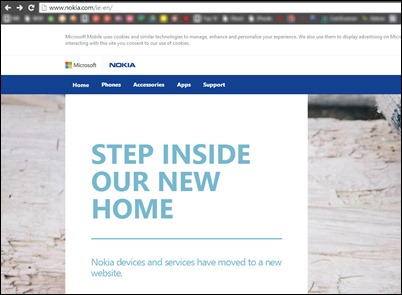 Rumors recently emerged online suggesting that the next change that Microsoft will bring in terms of Nokia will be Hacking rebrand smartphone released by the company under the name Nokia by Microsoft, Which is still unconfirmed at present.

The 6 from 5.5 inch iPhone will have a faster processor and will be released in December

November 19
Back to top button
Close
Close
This site uses local cookies to give you a good online experience and cookies from Google and third partners for traffic and marketing analysis. Find out what cookies are used, what it is used for, and how you can turn it off by following the "Cookies policy" link. OKCookie policy