The announcement that we expect all finally came: Samsung announced when it will be presented next flagship the company's new Galaxy S smartphone 5: February 24 2014 (Date coincides with the day of the MWC). 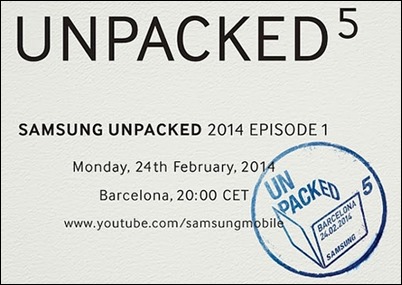 Although still not confirmed rumors about device specificationsIs expected to include a 2k resolution screenthe TouchWiz interface cu renovated design (Or even a new UX Magazine) and 16 megapixel camera cu video recording 4k (Possibly with Optical stabilization, OIS). Also, it may have implemented and functions retinal scan and fingerprints. 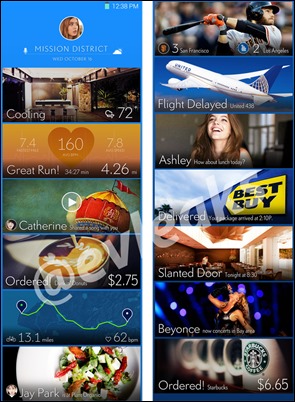 Although invitations already sent for the event promyth just a "unpacking" of a proso Samsung, Cift 5 the context clearly reveals that it is Samsung Galaxy S 5 (this if we take into account the announcement made now ofprowaters a year for Galaxy S 4Promulgated only as "get ready 4 the show").

Other rumors about the smartphone Galaxy S 5 say that it will be available in two models: One with plastic housing, And each metallic case. The metal frame will be a premium phone and most probabil will have Quick specs si performingAnd the plastic casing will be Cheaper (But do not think the price will necessarily be one suitable for all pockets).

How can we propassword tile individual applications in Android