After he conquered and consolidated its market supremacy Modi brands of the most popular smartphones, Koreans from Samsung also releases increasingly robust and robust models. After success with the S modelS5690 amsung Galaxy Xcover that due protection standards IP67 was waterproof and dust, Koreans have moved to a higher level and has launched a generation 2 Xcover series. The new Samsung S7710 Xcover 2 comply with specifications regarding water and dust protection according IP67 but are greatly improved technical specifications and rise to the claims of smartphone middle class. 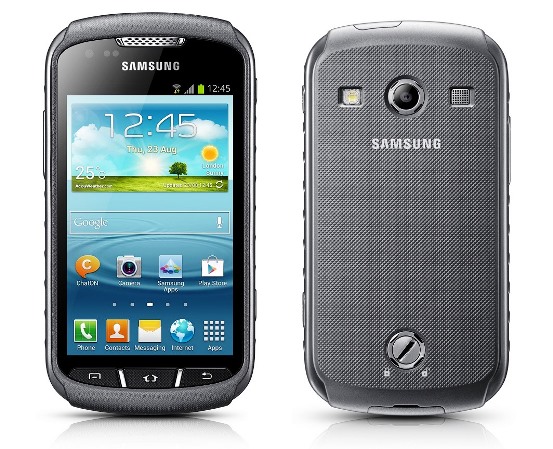 Galaxy Xcover 2 comes with an interesting option: it can capture images underwater up to a depth of 1m, thanks to a dedicated button placed on the side and runs Android v4.1.2 Jelly Bean on a platform formed around a Dual-core 1 GHz Cortex-A9 processor and a graphics mode Mali-400MP. The storage space is 4GB and can be extended even further to 32GB, and the 1GB RAM allows the phone to run many applications at the same time. The autonomy is ensured by an 1700mAh battery and can provide 9 hours of talks with loved ones and the 5MP camera tries to cope with the demands of an amateur photographer. New Samsung Xcover 7710 S2 available in March in England and later will be available in emerging markets.