It seems that awaited Samsung Galaxy S IV, To be launched in mid-March, around spring, during a conference to be held in Moscow. The new flagship of the Samsung will impose new trends and will raise the bar of hardware performance to a level never reached by any competitor. Among the news brought by the new gadget stands out prothe Exynos 8-core cesarean that will be available for European users and for Asia and America, the model will be equipped only with a 2GHz Quad-Core. The new Samsung S IV i9500 will benefit from a 2GB RAM memory assisted by a GPU unit that will highlight the SuperAMOLED + display prowoven with Corning Gorilla Glass technology. 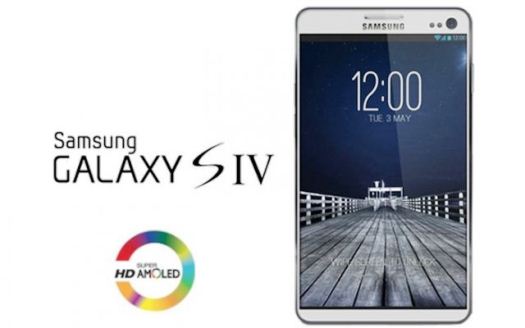 I9500 new camera is equipped with a standard 13MP become rule for model year 2013 and density due 441ppi new display, it will allow new multimedia experiences that will bring out the valences of its top smartphones. Samsung i9500 will run Android v4.2.1 Jelly Bean and will also include new features to be announced later. ProSouth Korean car maker intends to sell over 100 million units of this model and become the best-selling gadget in the world, difficult to realize considering that Samsung Galaxy S III was sold in 40 million copies and is still in the top sales.