Although most rumors appeared about Samsung Galaxy Alpha promising a smartphone cu metallic case si specifications designed to rival those for iPhone 6 (Also speculated that Samsung We purposely chose release date close to that of the next iPhone to cast a shadow over this event), it was confirmed only in part by the company after a few days, the event presentation of the new device Galaxy series.

First, Galaxy Alpha lacks metallic caseAs predicted, but only a metal frameIt is still a novelty for Samsung smartphones (On the principle of better less than all), the company still remaining faithful plastic housing (Most likely to ensure a lightweight device). Available colors will be Charcoal Black, dazzling White, frosted Gold, sleek Silver si scuba Blue. 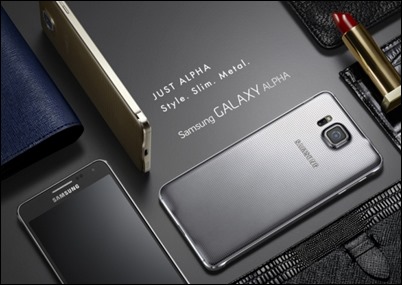 Second, the launch of this smartphone is quite discreetContrary's fuss that everyone expected, and device specificationsAlthough some quite impressive, still can not be compared with those for iPhone 6 (Apple took care to keep such information strictly confidential, and while there are plenty of rumors and speculation about specifications of the new iPhoneNobody knows exactly which), and not just those expected: display Super AMOLED de 4.7 inches resolution 1280 x 720processor octa-core which combines two Quad-core CPU de 1.8 GHz si 1.3 GHz, The main room 12 MP and secondary camera 2.1 MP, 2 GB RAM, Internal memory 32 GB and battery 1860 mAh. The device will run the operating system Android KitKat 4.4.4 and will include features such as UltraPower Saving Mode, S Health, Finger Print Scanner si private Mode (The asemnenea, can be connected to devices like S or Gear Live).

But the only thing that fits is that Samsung Galaxy Alpha It will be available on the market in early SeptemberIn the same period the Apple will launch (presumably) iPhone 6. Price the device will be suitable for 600 €. 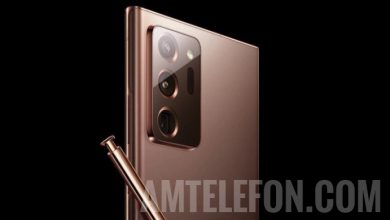 April 25, 2016
Back to top button
Close
Close
This site uses local cookies to give you a good online experience and cookies from Google and third partners for traffic and marketing analysis. Find out what cookies are used, what it is used for, and how you can turn it off by following the "Cookies policy" link. OKCookie policy