Samsung has launched the long awaited Galaxy Note 7The new flagship of the company segment phablet. The device has a 5,7 diagonal display with QHD resolution (1.440 x 2.560 pixels). Curved and back screen is protected by Gorilla Glass 5. The US market, Galaxy Note 7 will be delivered with the Snapdragon 820 chipset, and the global version will include the Exynos 8890 chipset. 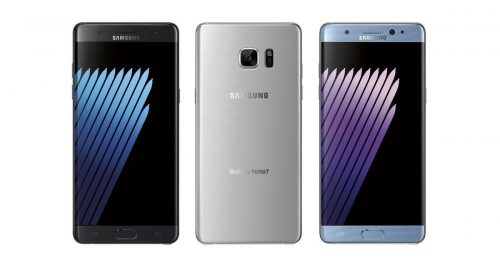 The mobile terminal has a 4 GB RAM and internal storage capacity is 64 GB. Samsung Galaxy Note 7 It has support for micro-SD cards with capacity of 256 GB.

The camera with 12 MP sensor is similar to the one on Galaxy S7, with the difference as Notes 7 it can record HDR video. The battery has a capacity of 3.500 mAh, and the Notebook 7 comes with a USB Type-C slot. In the box, we will also find a micro-USB slot adapter.

The phone is waterproof, has wireless charging support and has a new stylus S Pen, more accurately and faster. Like the 7 Notes, the new S-Pen is waterproof and dust-proof. 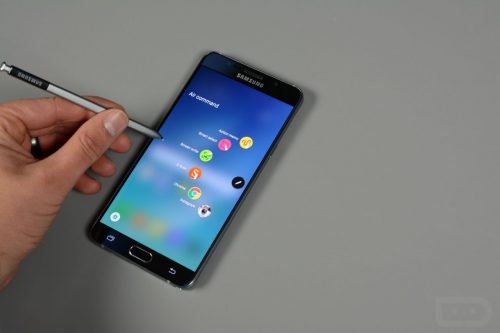 Samsung Galaxy Note 7 is the first smartphone in the world that is equipped with an iris scanner. This security system is considered more secure than fingerprint sensors. Together with the scanner, Samsung launched its own password manager Samsung Pass. The service will allow authentication in applications by simply viewing the display. For those who want another biometric security method, the fingerprint sensor is still incorporated in the Home button.

The new Samsung phablet will hit stores on August 19 and will be available in four colors: black, gray, golden and blue. Pricing has not been announced.