After last year received UpdateThe version Android 4.0 Ice Cream Sandwich, Here as those in Samsung officially launched UpdateThe transition to the latest version Android v4.1 Jelly Bean for Samsung i9100 Galaxy S IIThe most popular model developed by Samsung. The Samsung Galaxy S II 2011 phone is yet to be seen by users and through this important update is keeping up with the newer models and benefits from the new innovations brought by Google on the latest v4.1 Android version of Jelly Bean. Thus, i9100 will take over from its older brother Galaxy S III, new features that have been very successful on Samsung's new gadgets like: Smart Stay what keeps your display open while you look at the screen, the secondary camera notifying when you are looking at the phone, the interface TouchWiz Nature UX, service Samsung S Cloud, Pop-Up Play which allows you to run a video in a separate window (similar to PIP - Picture in Picture the TV) while accessing other applications on the phone, the function Direct Call selected number if you take that form to your ear, a whole suite of widgetS new notifications and shortcutSites and of course even more easy customization homescreenSite and do not forget the application Google Now present on the Galaxy S III. 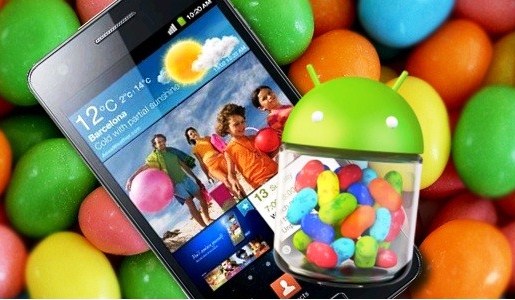 The new update is available OTA (Over the Air) or via the terminals neverlocked Choose. ProPagar UpdateSite will be gradually among the countries that will benefit from JB for i9100 will be Korea (of course), China and Spain, after which they shall be present in most of the countries in which it marketed and sold this model is also successful in Samsung. In February we will return with a tutorial for installing this firmware OdinFor the root-financed terminal or installed kernelUnofficial sites.

Grand S a new slim and powerful smartphone from ZTE

Samsung prepares to launch new Galaxy S IV in May in the US, an Android smartphone