Samsung continues the offensive of launching new models and the strategy is to cover all market segments and launches a new middle class model that prooutstanding performance bribes at an affordable price. The new Samsung Galaxy Win is a Android Quad-Core which by its nature is the most powerful gadget in its class. Made on a platform with a Qualcomm MSM8625Q Snapdragon 200 chipset, un procesex Cortex A5 with 4 cores clocked at a frequency of a unit 1,2GHz Adreno GPU 203new smartphone runs Android v4.1.2 Jelly Bean and the 4,7 ”TFT display can provide acceptable conditions for viewing images taken with the modest 5MP camera and the functions Continuous Shot or Best Photo help the user to perform quality photo capture. 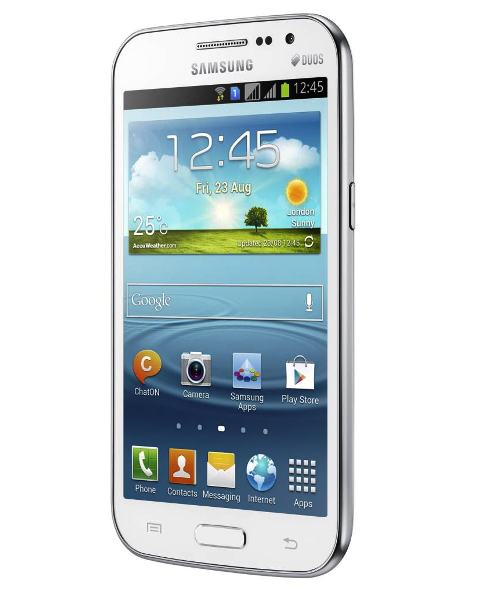 8GB internal memory which can be expanded to a card 32GB microSD and 1GB of RAM meet the demand for new multimedia applications that are increasingly eager for memory and high performance. Connectivity is acceptable without HSDPA, wireless and bluetooth, and the 2000mAh battery tries to ensure long talk and standby times and solve the sea prothe problem facing all the smarts in recent years. The new Samsung Galaxy Win will be available in two variants: single and Dual SIM and will be available starting in May, initially in Asia and later in other emerging markets.

May 29, 2017
Back to top button
Close
Close
This site uses local cookies to give you a good online experience and cookies from Google and third partners for traffic and marketing analysis. Find out what cookies are used, what it is used for, and how you can turn it off by following the "Cookies policy" link. OKCookie policy