After a very aggressive advertising campaign and after the official launch in London last month, Samsung Galaxy S III was launched in Europe, Romania being part of the first countries to be able to buy the new gadget from Samsung. After we discussed earlier in this phone Grades based on various rumors that were circulating on the net, we can now present the actual specifications and can highlight key technologies embedded in this smartphone. The new Galaxy S III is equipped with a 1.4 GHz quad-core Cortex-A9 you will face an opponent as strong HTC One XEquipped with a 1.5 GHz Quad-core. The most frequently asked questions about this new device was; Why was adopted slightly rounded shape of the housing. 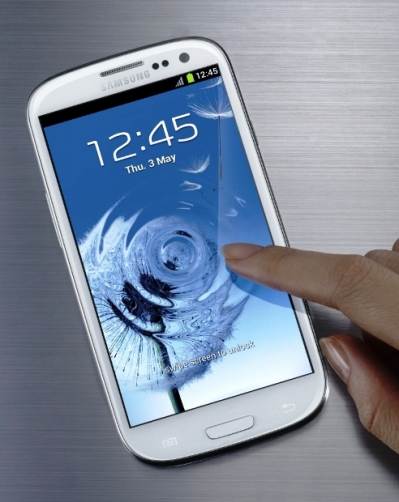 From the information that we have apparently there was a conflict of patents on the edges whereof Apple legal rights, and an easier handling and new trends smartphoneLINKED art. Samsung Galaxy S III runs the latest version of Android Ice Cream Sandwich 4.0.4 and the innovations present in this device mention:

We look forward to feedback on this device as it is purchased and button fans of the Galaxy and beyond. Samsung Galaxy S III is available in Orange Romania offers the most 29 2012 and online stores, which have already recorded hundreds of preorders and over 9 million worldwide.