Prothe Korean ducator Samsung is very close to the launch of the 3 version of the now famous series Galaxy S. The new Samsung Galaxy S III will compete with US rival iPhone 5Both producers waiting time for these new gadgets have maximum impact on the market. After the exhibition 2012 CES in Las Vegas, The next opportunity for launch is possible Mobile World Congress 2012Which will take place at Barcelona between February 27 and March 1, an event at which it was launched last year Galaxy S II. 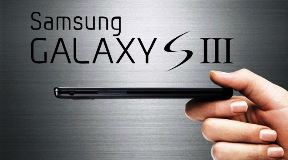 It seems that Korean manufacturers believe that it is the ideal time to launch the new model for several reasons. The main reason is that Samssung Galaxy S II still sells very well and have taken advantage of this, especially as Apple no hurry to move to 5 series of iPhone. Another reason why it was delayed model launch Galaxy S II Plus which seems to be one of the models that will hold the display head at the Barcelona exhibition and is supposed to be a transition model from the Galaxy S II to the Galaxy S III. The main plus that differentiates it from S II is the frequency of the DUal Core processor that will work at 1,5GHz versus 1,2 GHz of the previous version. So we are looking forward to the new Samsung models that will surely be the stars of the Barcelona show with the whole range of devices: smartphones, tablets, Smart TVs, etc.