After they released a huge range of models in different segments of performance and sizes Koreans from Samsung, Preparing a new series smartphonehuge, with display sizes over 5,5 ”. The new models from Galaxy Mega Series competes or more complete remaining space between series Notes si Tab series and gives fans Samsung a new collection smartphoneCEs affordable and high performance. Equipped with a 5,8 ”TFT with a resolution of 540 x 960 pixels, the new Samsung Galaxy Mega is a middle class phablet equipped with a platform around a pro1,4GHz Dual Core and with 1,5GB of RAM, allows you to run the latest version v4.2.2 Android Jelly Bean and thus fully benefiting from the latest features of the most popular OS on the market. 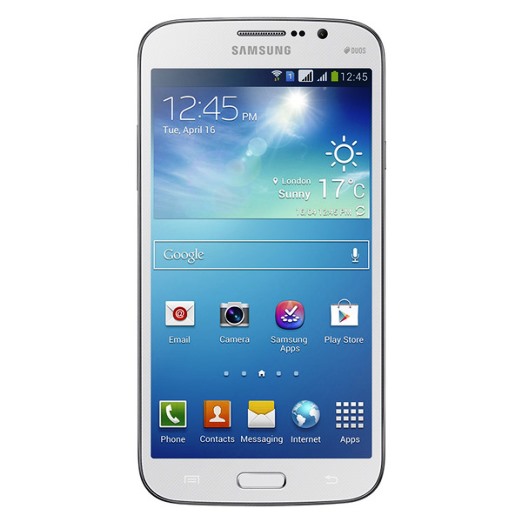 The new Samsung Galaxy Mega It will be available as most new models launched in version dual SIM and ensure 8GB storage capacity which can be extended by another to 64GB via card slot microSD. connectivity HSDPA, Wi-Fi, bluetooth provide enough file transfer options between different devices and in terms of multimedia the 8MP main camera and the 1,9MP secondary camera can make the new Galaxy Mega a desired gadget for many people who want a smartphone with a generous screen or a small but high-performance tablet at an affordable price. The autonomy is ensured by a 2600mAh Li Ion battery which probribes decent operating and standby times. The new phablet Samsung Galaxy Mega will be available from May initially in Europe and later on the world market prochat in the summer.