After almost completely killed the competition in mobile telephony, Koreans from Samsung afford to develop new concepts and designs that are sought after by nostalgic classical models present on the market now but 10 years to incorporate the latest technology. So Samsung preparing a smartphone Android flip (clamshell) which seems to be expected of older people before not handle touch screen and remained with the dexterity of using physical buttons and want to protect the display by simply closing the throttle 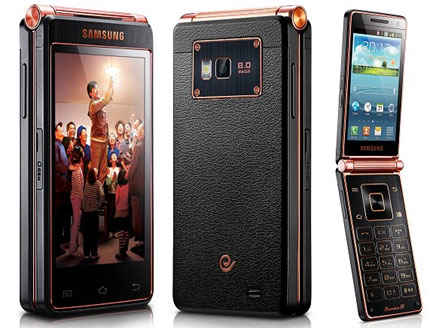 The new operating system will run Android v4.2.2 Jelly Bean on a platform with a Qualcomm Snapdragon S4 chipset and a 1GHz Dual Core processor and will have a fold-down display with a resolution of 480x800pixels. The display will be capacitive touchscreen type and will be an alternative to the classic keyboard present, it can be used by turning outward without opening the flap.
The new model will be available sometime in the fall and is likely to have followers considering that many users are still classic clamshell models.

Second case of electrocution with iPhone