Recently, Samsung He sent the first invitations for an event series "Unpacked", which is eagerly awaited launch of the new Note7 smartphone. The invitation reveals clues about phone features. What we do not know for the time being is the hardware configuration, which we can only intuition of the information lost on the Internet.

The event "Unpacked 7 2016"Will take place on 2 August 2016 and will be held in three places simultaneously. Selected cities to uncover it Galaxy Note7 are New York, Rio de Janeiro and London, but only the event in the United States will be broadcast live for everyone. The time at which all events will take place is 18: 00 by time zone in Bucharest. With the launch of this announcement, Samsung talked a little about the name "Note7" and why he was chosen instead of "Note6". Company representatives say Galaxy Note7 complements the top smartphones of today, which includes models currently S7 and S7 edge. 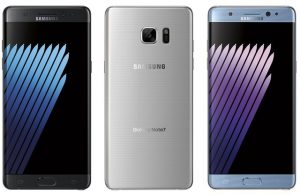 August until May 2 probably will not find too many official details about Galaxy Note7, but Samsung is likely to launch a 5,7 screen smartphone, 6 GB RAM, 12 megapixel camera, curved display and chipset Exynoss or Snapdragon. This could be the first hybrid terminal equipped with a microSD card hole and UFS.

Huawei honor 8, a premium smartphone at an affordable price