Unofficial information about Nexus 6 have all recently appeared online today being confirmed (again) specifications impressive device that displays a leak benchmark results thereof. Although no one knows exactly what will be the name of the device (most likely Google will use the name Nexus 6 for it, but some reports claim that the name chosen will be Nexus X), The latest information on this product suggests that terminal Motorola (Expected to be released sometime at the end of this month) will be a strong enough that will exceed the performance last flaghsip sites of some major manufacturers such as Samsung, LG si Apple. 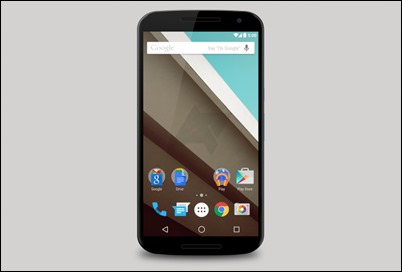 According to the results obtained Geekbench, Nexus 6 will be propelled by a processor Qualcomm quad-core with frequency 2.65 GHz (Probably Snapdragon 805) And will be 3 GB RAM. Although other specifications for Nexus 6 not been confirmed yet, considering the fact that the rumors were pretty accurate processor, most likely it will have a Quad HD display de 5.9 inches resolution 2560 x 1440, main room de 13 MP the function OIS, Battery 3200 mAh and will be equipped with stereo speakers Front. 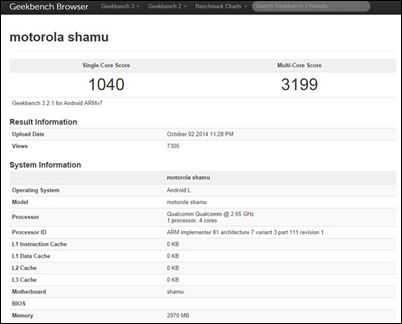 The device, called Motorola Shamu the respective results benchmarking (Shamu the code name for Nexus 6) Will run the operating system Android LSystem will be officially launched the same time as new terminal Google.

If there's Nexus 6 will be produced by LG

June 19, 2014
Back to top button
Close
Close
This site uses local cookies to give you a good online experience and cookies from Google and third partners for traffic and marketing analysis. Find out what cookies are used, what it is used for, and how you can turn it off by following the "Cookies policy" link. OKCookie policy