After last year Samsung Galaxy S II smartphone has been designated the year of the Samsung This year will be a serious competitor to maintain supremacy. Release year is definitely 2012 smartphones equipped with Quad-Core. 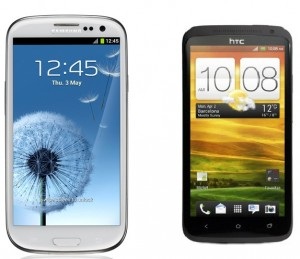 In the following article we compared various chapters address the key flagship smartphone of renowned manufacturers in the field as Samsung si HTC .