After the release of iOS 7 in September, some users iPhone had words of praise on the new look of the operating system that brings more and more direct competitor, AndroidBut also operational problems, especially older terminals iPhone 4 and 4S. With the introduction IOS updates 7.0.3, Users complained of bugs: unlocking the screen without entering the password, application errors iMessage, calibration of the accelerometer, have been solved and some new applications have been introduced from which we highlight the function iCloud Keychain which you can access accounts and passwords on all devices are compatible and which are registered with the same account iTunes. 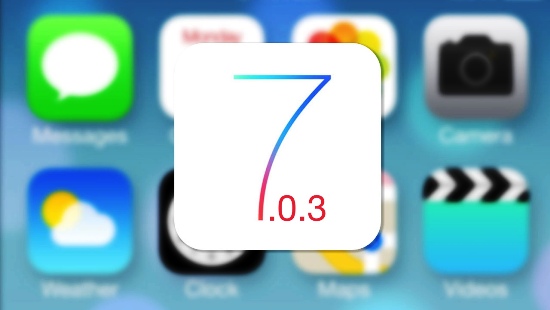 New updates are available today and can be performed by all users iPhone si iPad you have installed version iOS 7 and if you have the expected success, Apple will be congratulated with the performance of having over 70% penetration rate on compatible devices iOS7 crushing even in this respect the eternal rival Google Android. The new update was released today with the presentation of iPad Air, iPad mini 2 and Mac Pro.

The new Samsung Galaxy Round, the first smartphone with curved display was launched in South Korea