Lately, all companies proleading to smartphones They are given over backwards to include in devices launched best specifications which guarantees breathtaking performance thereof. Whether it's size and resolutions as high screens, proscissors Extremely fast (to which a few years ago never dreamed nor computers) cameras with many MP (Nokia Lumia 1020 It has a room 41 MP) And functionalities that have not only thought possible on cameras pro-professional or Security elements such as read fingerprints or for retina scanners, prohowever, mobile device owners overlook (some would even say intentionally) a very important thing, namely resistance them (this way users are somewhat forced to change smartphone used a few years for various reasons, most often the main reason being failure thereof).

Well, the company BARTEC Pixavi He chose to address the segment of users who prefer resistant phones instead mobile performancecreating indestructible smartphone for them, namely impact X. 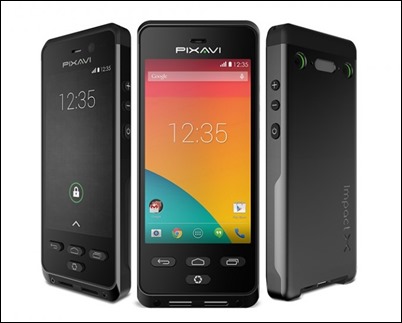 Impact Pixavi X is a resistant mega phone specially designed to withstand disastrous conditions (waterproof, dust si extreme temperatures) And can survive including explosion, which makes the terminal (at least in theory, though prothe dukes did video demonstrations Resistance about it) very difficult (if not impossible) to destroy.

As performance impact X lacks specifications extraordinary (except resistor), which alone we draw attention being double capacity battery (200%) which guarantees increased autonomy the device. Otherwise, the smartphone has a IPS de 4.3 inches cu resolution x 800 480 (Low resolution but can be easily overlooked due to capacity touch of the screen that works without problemishes and gloves) prowoven by a layer Gorilla Glass for 2 mm, The main room 8 MP with support for video recording Full HD and physical button for the camera (device also has front cameraBut no details are available about this), battery 3000 mAhconnectivity 3G and support Bluetooth 4.0 si WiFi. The operating system is run by the terminal Android 4.2.2 Jelly Bean. 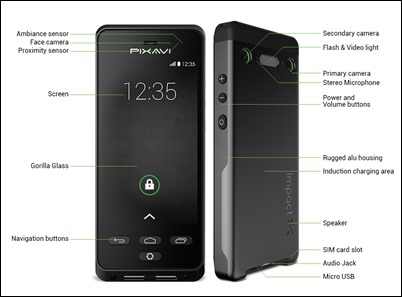 Currently it is not known price for Impact X smartphoneBut it is available for (pre) order on the official website of the company.

It's official: iPhone 6 will be announced on September 9